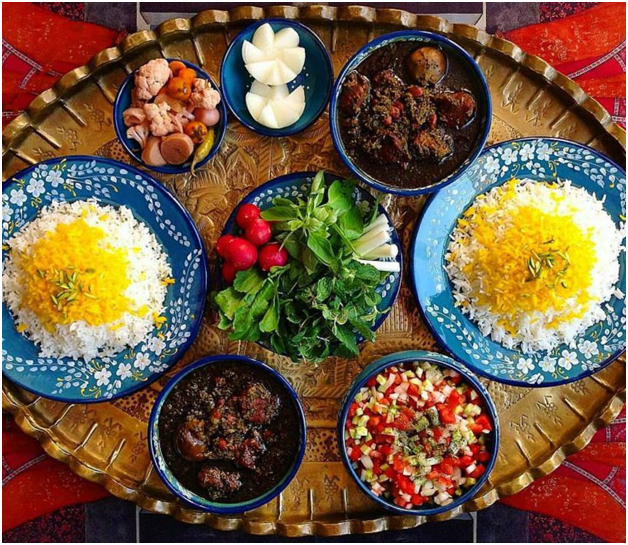 Persian food or Iranian cuisine comes from traditional cooking in Iran. This term Persian cuisine is used because of the major element that Iran is known historically as the Persia of the West. Persians are of course only one of the native ethnic groups in Iran contributing to the culture of this food.

The staples of Persian food that are major and almost eaten with eaten each meal include:

The most popular dish is stew over rice but that can vary by region.

The specific composition of Persian food will vary from regions such as the Caspian Sea to the Persian Gulf. But there are common ingredients such as:

Food of Persian and Iran has been somewhat of a mystery to those in the United States, and it could be intentional. Unlike, French, who have developed a culture of dining out; the best in Persian cooking, are usually showcased in private at the home of someone from that culture. And good Persian cooks are very secretive. But since 1979 after the Iranian Revolution, many Iranian immigrants have settled in the US and opened many Persian restaurants.